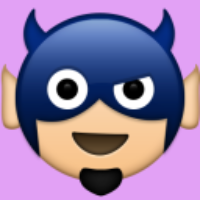 This tutorial is for starting to use the version control software named Git. According to ProGit (super recommended material, available for free here: book)

Version control is a fundamental tool to keep track of the changes of any type of digital content. This applies naturally to text documents, and the most common application of version control is for software developing.

In order to keep track of progress and have an idea of the different versions your software is adopting through time Git provides you with many utilites and at relatively low effort.

We will refer as repository to a project's version controled files. This can be a local directory as well as a remote server directory.

Each time we are doing version control of a repository with Git we are tracking changes in the repository by using time snapshots of the repository state. So, in short Git can be understood of a stream of snapshots.

Git is a distributed version control system.  This means that each Git repository is a complete mirror of the repository's history. Every time we make a checkout we copy the full we are doing a full backup of all the snapshot data history.

This also brings an important feature to Git: every operation is done locally. At some point we will push our changes

When you clone a repository you are again, copying the entire history. The same applies to GitHub repos, so, in few words you have multiple independant copies of the full version history.

Let's imagine we have a bunch of files in the following manner:

Now we want to track the progress of the python files. So we move to the working directory and run the following command:

This will create the git repository. We can confirm this by checking that we have the following files in the directory

After this we can run a super useful command, that helps us understand the current status of the repo:

So, running this will allow you to find out where are you standing and which files are being tracked.

To track a file we just have to run the add command:

This will stage the files to the so called index. The index is what the repo actually contains, it means that every file in this index is going to be versioned.

When we have files in the index we say that they are staged. At this point running a status will yield the following:

As it can be seen from the ouptut, we have our hello_world.py  file that now is ready to be commited.

Commiting  is the concept of making an impact on the repository history. This is, taking a snapshot of our code.