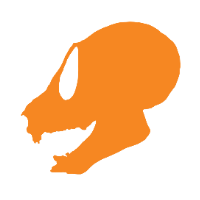 Definitions of User Roles for Media

This document provides a list of the major Media User Roles along with definitions and distinctions.  Understanding these different roles and making sure the correct users have the correct roles is important for appropriate access to and long term management of media (aka 'data') on MorphoSource.

The figure at right highlights the user roles that are displayed publicly on the media show page.  This media represents a best practice example where the Data Uploader (Zach Randall) has taken steps to transfer the Data Manager role to a museum account (Florida Museum of Natural History).  The museum has taken steps to align the title of its account with the preferred IP holder name.  The Download Reviewer role could have been set in a number of ways. Either as an automatically populated template from the museum team, by the Data Uploader or by the Data Manager.

This example illustrates that in many cases a single user will have multiple roles for a given media record. 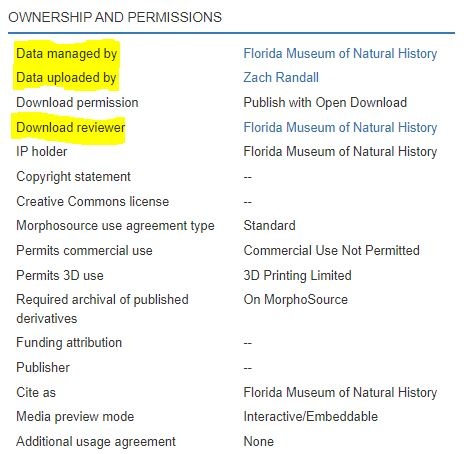 The major roles relating to media include the following: